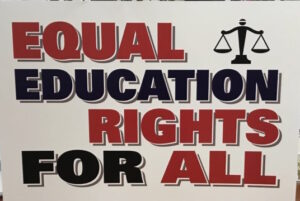 Asian Americans, as citizens of the United States, are committed to and compassionate about the shared fate of national prosperity. Under this tenet, we support actions and policies that improve the U.S. education system. AACE dedicates its continuous fight against racial discrimination to the noble cause of securing civil rights for Asian Americans and that of making a better future for this nation in general. Most Asian Americans immigrated here because this is a land of equal opportunity, not bound by race. America shall not depart from this fundamental principle that has helped attract and develop extraordinary talents to build the world’s greatest nation.

AACE’s perspectives on education and college admissions are summarized in the following:

As Yukong Zhao puts, “We should treat all students equally based on their merits, and concentrate our efforts on helping the disadvantaged, regardless of their racial backgrounds. Only in this way can we build a racially harmonious society and advance the American education.”