In his opening remarks, Yukong used statistical evidence and reasoning to demonstrate four major harms of race-based affirmative action on Asian Americans, American STEM education and our nation’s founding principles. His sharp critique was echoed by Lee who argues from his personal experiences and a legal perspective that affirmative action has been severely abused in admissions programs to condone anti-Asian racial discrimination. Both Zhao and Lee pointed out, the benign principles of equality and equal opportunity are eroded and replaced by disproportionate race-based gaps that scapegoat Asian-American students.

When challenged by John Wilson regarding the perceived discriminatory effects of standardized tests, Lee applied historical parallels of anti-Jewish discrimination in admissions and commented: “objective criteria levels the playing field for the poor and new immigrants who are willing to work hard”. Lee’s reasoning was substantiated by Yukong with an example to illustrate how easily subjective standards can be abused by admissions officers. Both Yukong and Lee support reasonable, legal and good-faith measures to help truly disadvantaged students in education.

Yukong commented on the socioeconomic-based affirmative action and the merit-based principle: “Meritocracy is not the problem. Standardized testing is not the problem.” He correctly pinpointed politicians’ failures to provide quality K-12 education for black and Hispanic children as the real reasons the lack of racial diversity in higher education. In conclusion, Yukong urged us to hold politicians accountable for improving K-12 public education in many black and Hispanic communities, rather than sacrificing Asian-American children as political scapegoats. 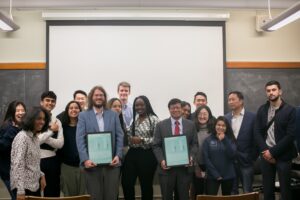 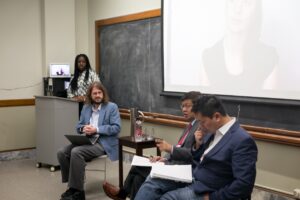